Sunshine, warmer temps, green grass… the summer time activities have returned! And for us that means sled pushes, tire flips and RUNNING! The timing couldn’t have been better because at the end of the May we’ll have our annual Murph Challenge. For those unfamiliar with Murph, it is a helluva workout dedicated to LT. Michael P. Murphy, an American Navy Seal who lost his life in Afghanistan June 28th, 2005 during Operation Red Wings. It consists of a 1 mile run then 100 pull ups, 200 push ups, 300 air squats and finishes with another 1 mile run. A daunting task no doubt, but just like all other CrossFit workouts this can easily be modified to anybodies abilities. We’ve even had people team up and pick apart the reps as a team. No matter how you get through it, it’s always a fun time and afterwards the celebration begins! We’ll barbecue, set up yard games, eat, drink and laugh til it hurts (won’t take much 😉 ). We’ll be doing our Murph Challenge on Saturday, May 26 starting at 9am right here at CrossFit Minot (back of ASK Fitness). If you’d like to register for the official Murph Challenge, head to https://themurphchallenge.com – you’re money will go towards a scholarship fund set up in honor of LT. Michael Murphy and you’ll get an awesome shirt or tank with registration.

One of the biggest (excuses) I’ve gotten from folks afraid to try CrossFit is “I’d literally DIE!”. Well we haven’t killed anybody yet, but the thought of something going catastrophically wrong still lingers in the back of the brain like a worst case scenario (for both the participant and myself!). What would happen if somebody did have a sudden heart attack? To make sure we’re ready for the worst, CrossFit Minot is going to host a FREE CPR (compression only) and AED training on Saturday, May 12th at 10:30am! The event will be an hour, instructor lead and is open to anybody who would like to learn! Ages 13-18 will need to be accompanied by an adult, but are still welcome to attend. There is no certification awarded after the training, but the skills learned would be exactly what you’d need to save somebody’s life. The class is capped at 20 participants and if there is enough interest we can open another hour of training, but we have to register online at https://www.compressandshock.org/crossfit-minot . Again this is completely FREE! and open to ANYBODY!

Some might say the greatest part of joining a CrossFit gym is all the people you get to meet. You get to know lawyers and carpenters and teachers and doctors; each becoming a friend through a little shared suffering. A member of ours who has mentioned this very draw to CrossFit is Khang Nguyen, a Pediatrician at the Minot Air Force Base. If you have kids that go the base hospital, you may already have met him! I got to sit and talk with Khang a little bit and learn what lead him CrossFit and the medical profession. He got his foot in the CrossFit door just over two years ago when he and a buddy started doing some workouts on their own, teaching themselves as they went. He got to go through an On-Ramp later in 2016 while he was traveling through the South and shortly later was sent up North to good ol’ Minot where he put that practice to use. A pretty common entry, small progressions from sampling to actively learning to participating with a group. But the path into the medical field was a little less typical. “I started college heading for a degree in Engineering. My father is an Engineer and it seemed like the path was already set out for me. But I didn’t really enjoy it, and didn’t seem to ‘fit in’ with the other engineers. So, unbeknownst to my father, I switched majors (a couple times), ended up in Biology and Chemistry, got the opportunity to shadow some medical professionals which I really enjoyed so I took all the test and applied for med school. I really like the challenge of ‘fixing’ people; everybody’s different so I’ve got to think and solve each unique puzzle.” Here’s where my curiosity got me and I had to ask what led him to chose Pediatrics over all the other areas of medicine. His reply was something we hear of probably too often: “Too many adults were OK with being unhealthy and had just accepted it as the societal norm, so I stop putting time and energy into them and shifted my focus to the youngins where I might have a chance to make a positive impact.” As we talked a little more about his time in CrossFit, he sared some unique views of the common descriptive words people might use to describe what makes CrossFit great. “Accountability: not only to my friends at the gym, but also to effort. They know when I dog a workout, and I don’t want to let them down. And Variety: beyond the everyday change ups in the workouts, I get to workout with a variety of people from all different walks of life and from all different levels of fitness; networking, learning and teaching little things along the way. It really helps make a town you are stationed in become a community that you are apart of – Like making a house into a home.”

If you’d like to meet Dr. Khang he’s typically hanging around in the afternoons, or go ahead and sign up for the CPR and AED training on the 12th because he’ll be leading it! 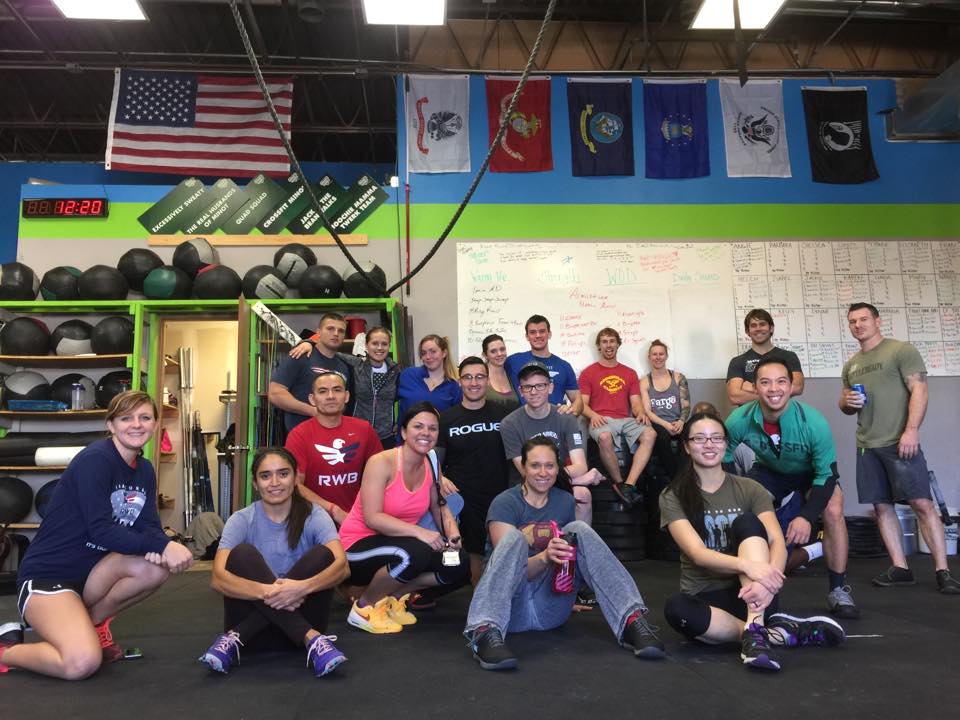